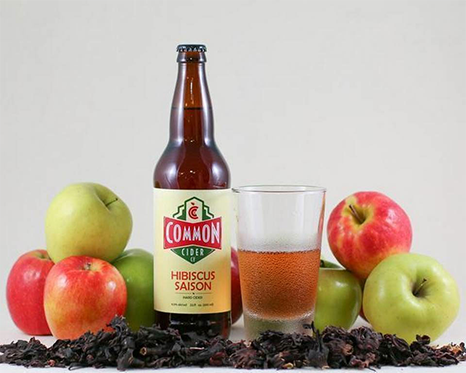 Sacramento Beer Week popped its top Feb. 26 and continues pouring through Sunday. Among the many brews being featured is hard cider from the Common Cider company of (ironically enough) Drytown in Amador County. The brand will soon expand to a new cidery in Auburn.

The cider had an impressive showing at the New York International Beer Competition, where it took gold and bronze medals in two categories, and was named “cider of the year.”

It will be on tap tonight at Boneshaker Public House in Rocklin, as part of the pub’s Beer Week soiree. It also will be served Sunday at Beer Week’s closing event, Capitol City Beer Fest.

“I set out to create ciders that were different from anything on the market,” said founder Fran Toves. “I wanted them to be less sweet than the mass-market brands, with more nuanced flavor. Most of all, I wanted them to pair well with food.”

Outside of bars and restaurants, find the ciders in five flavors at Whole Foods, Total Wine, World Market, BevMo and some Raley’s supermarkets.
Call The Bee’s Allen Pierleoni, (916) 321-1128. Follow him on Twitter @apierleonisacbe.