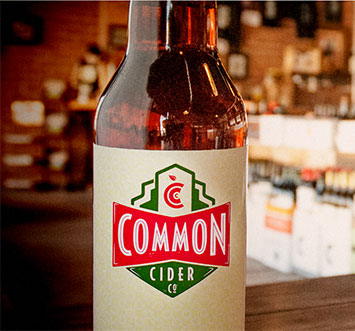 An award-winning cider maker has her sights set on Auburn in order to expand her unique beverage business and ride the wave of the craft brew movement that has taken beer enthusiasts by storm.

Pending state licensing, Common Cider Co., owned by 53-year-old Fran Toves of Reno, will be ready to open in August at the Auburn Airport Business Park.

Toves and her son Jeremy Shea, 33, also of Reno, have been producing their cider, an alcoholic fermented drink made by crushing fruit, out of a winery called Drytown Cellars located in Drytown, which is off Highway 49 between Placerville and Jackson.

The brand has been featured at several venues including The Davis Beer Shoppe, Costco, Whole Foods and at Capital Beer Fest in Sacramento. Toves said Common Cider is most known for its unique tastes, which include flavors such as hibiscus, lemon saison and pumpkin pie, and it tends to be dry, rather than sweet.

Toves said she got into the cider business a little over a year ago after seeing her son’s interest in home beer brewing. Using her background in the food industry, Toves began creating her own versions of cider.

She entered three of her homemade beverages in the Sierra Nevada Home Brew Competition in 2012, and all three came in the top 10. It was then that she decided that making cider was something she could do, and she’s been working on it ever since.

“I have always been able to take products from concept to market,” Toves said. “I take that idea and develop something tangible. I looked at a lot of other ciders, and a lot of them are very boring. I love to cook and I look at cider the same way, and I started to layer flavors. I wanted to take those common apples and make amazing cider.”

Toves said her ciders have no artificial colors or flavors. She said many of her apples come from Apple Hill in nearby Placerville.

“I wanted to be authentic with our cider,” Toves said. “I want the flavor to come out. I want (people) to know that it’s pure. … We’re not doctoring it up. We don’t use off-the-rack flavors. We make our own flavors.”

Jason Mussetter of Mussetter Distributing in Auburn said he is thrilled to be carrying Common Cider products and thinks the brand will do well in retailers throughout Northern California.

“Common Cider Co. represents a whole new wave of ciders that caters to the cider drinker who is looking for more than the typical mass-market apple cider,” Mussetter said. “The flavors and styles that Common Cider Co. is offering, such as Lemon Saison and Blood Orange Tangerine, are truly unique and represent a different side of how craft cider can taste. We are very excited to have them in our growing portfolio of craft beers and ciders.”

Both Shea and Toves said they are looking forward to establishing their location in Auburn.

“Making cider in the foothill region is perfect because we are so close to the apples and other ingredients that we use to make our ciders,” Shea said. “The best part about being in the cider business right now is not only the increasing appreciation of ciders, but the adventurous customers who really seem to want the creative flavors we are producing.”

Toves is a former resident of the Granite Bay and Rocklin area.

“I love this area,” Toves said. “It’s nice to be back. … Even though I have been gone for many years, it feels so familiar. It’s nice to come back to someplace very familiar.”